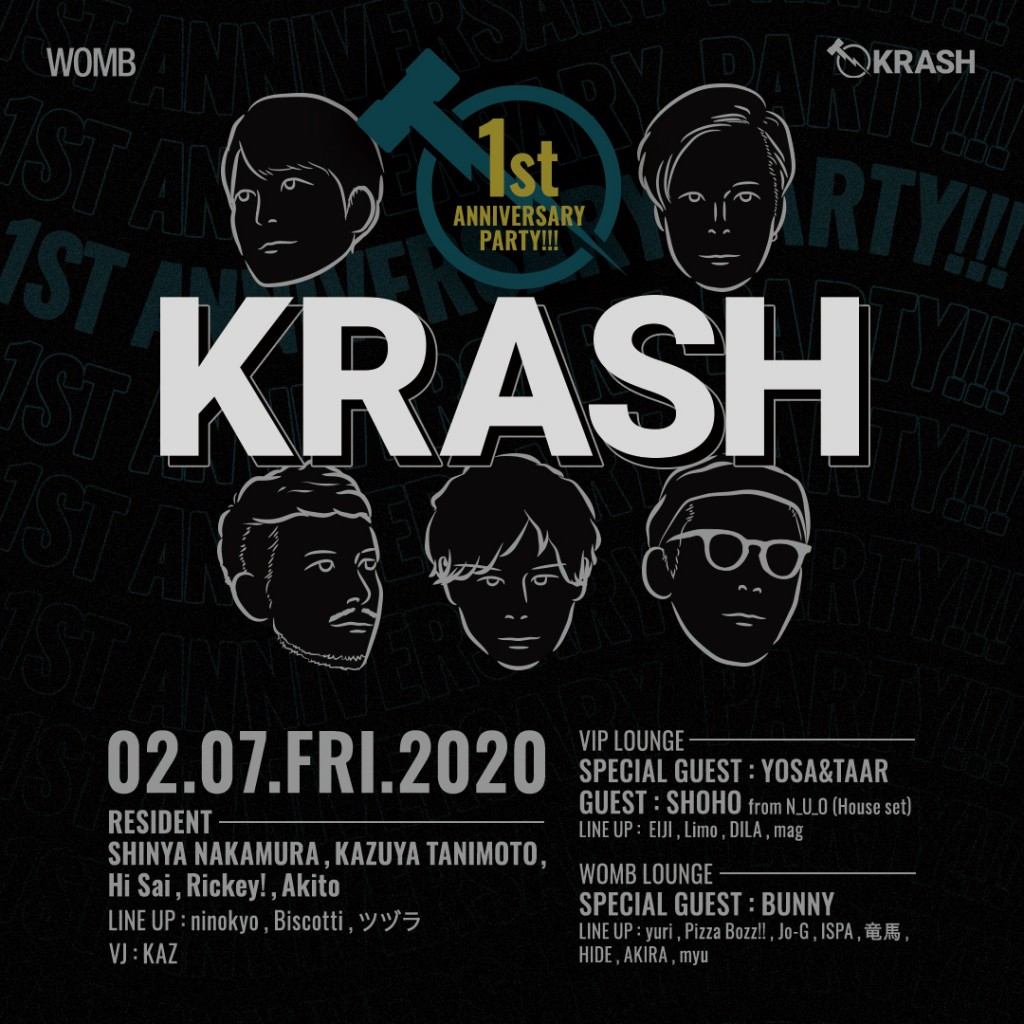 Having previously invited prominent artists in the Tech House scene including WADE, AUDIO JACK, and Latmun, we'll now be hosting the 1ST ANNIVERSARY PARTY for KRASH that are known for always overwhelmingly brings down the house!!!

To commemorate their 1st anniversary, we've invited some incredible guests on the lounge floors located on the 1st and 4th floors!!
At the 4th floor VIP LOUNGE will be the DJ/producer unit YOSA&TAAR as a Special Guest who is driving a new generation of house disco. And similarly as a Guest, resident DJ/producer SHOHO from the monster bass music party N_U_O currently in progress at WOMB will make an appearance at the House Set!!
Additionally, at the WOMB LOUNGE on the 1st floor, DJ/producer BUNNY who suddenly came into the limelight when Zedd played "BTS-Fake Love (BUNNY Remix)" at ULTRA KOREA 2018 will also make an appearance as a Special Guest!!
All of the support members appearing together on each floor are DJs with real ability from Japan who have connections with members from KRASH!!
KRASH 1ST ANNIVERSARY PARTY!!! Teaser
THE STORY OF KRASH