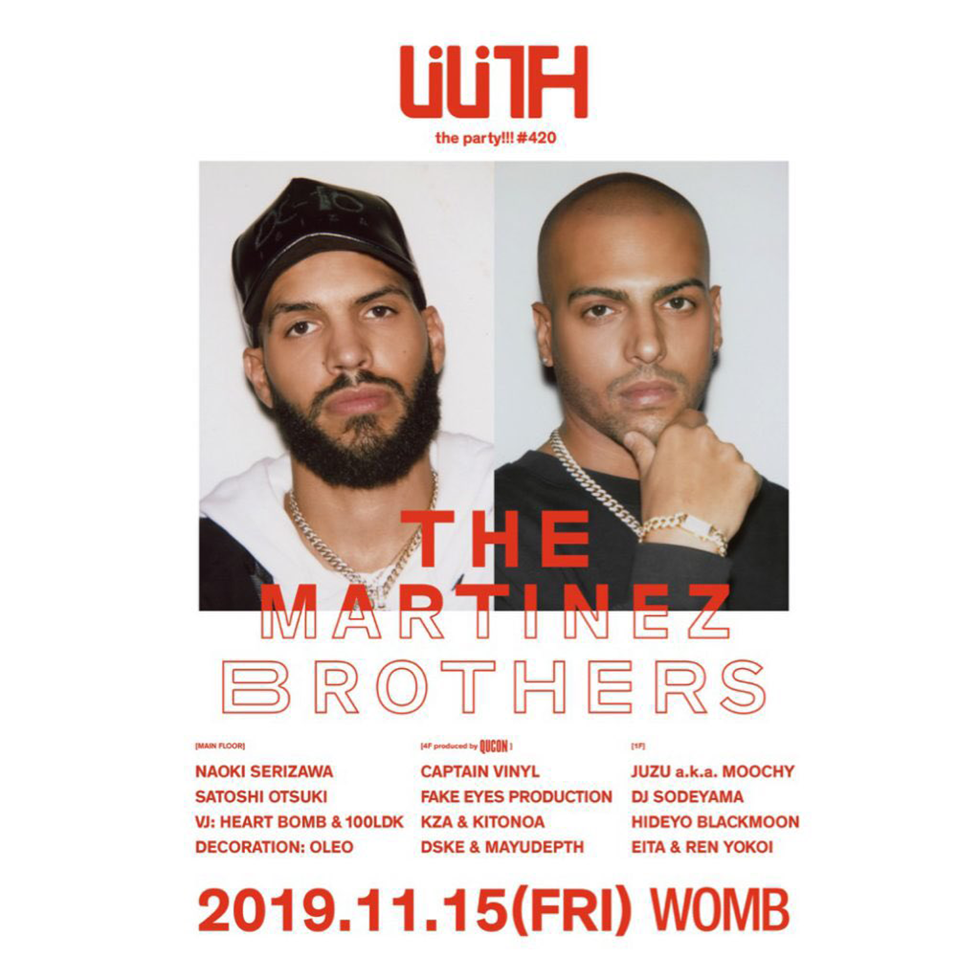 The most powerful DJ brothers in the world "The Martinez Brothers" will be coming back to Japan for the first time in 3 and a half years!

The Tokyo-based Organized Group LiLiTH will hold 'LiLiTH”the party!!!#420”' at Club WOMB in Shibuya on November 15th (Friday). They've invited the world's greatest brother DJ Duo "The Martinez Brothers" and they will play a long set over three hours in length.

The Martinez Brothers have played in famous clubs all over the world since they were in their teens and have basked in the favor of such legendary DJs as Dennis Ferrer, Denny Tenaglia, and Timmy Regisford and have attracted attention as the forefront of the next generation of young DJs.

In the past decade, they have climbed to the top of the world in both name and reputation, and have made the crowd go wild at not only Circoloco held at DC10 in Ibiza, but also at such famous festivals such as Coachella, UMF, TIMEWARP, and Tomorrowland.

And in 2014, they were named "DJ of the Year 2014" in the annual DJ ranking in the esteemed British dance music magazine Mixmag.

Not only that, it's a well-known fact that many of their tracks have been playing on the music charts including collaborations with the Grammy Nominated Louie Vega and the Brit Award-winning Rudimental and Basement Jaxx.